Welcome to Les Alpilles, Provence — a sought-after region in our southeastern France, where we are now featuring a collection of historic holiday estates.

Situated around 20 kms south of Avignon, the triangular shape of the Les Alpilles region is roughly bordered by Arles and the Rhône River on the west/south-west, and Salon de Provence and the Durance River to the south-east.

The area can undeniably be described as peaceful, picturesque and romantic — after all, it has has inspired many artists and authors over time, including Van Gogh, who lived in St Rémy and was inspired by its light, its sunflowers and famous cypress trees. The novels of Alphonse Daudet in the late 1800’s were also inspired by the area, and Fontvieille is home to Daudet’s windmill. 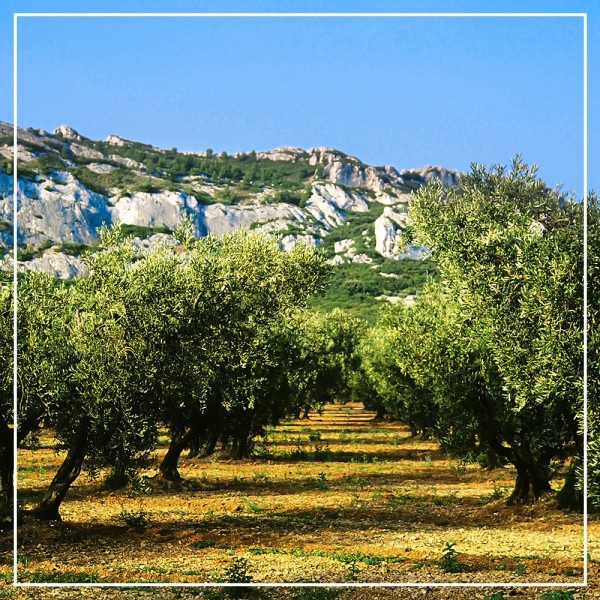 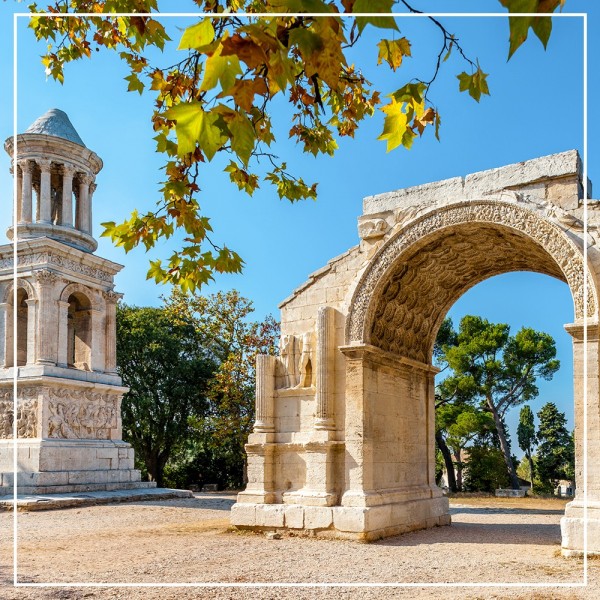 Our rental villas here are close to the small villages which surround St Rémy, including Les Baux-de-Provence, Eygalières, Eyragues, Fontvieille, Maussane-les-Alpilles, Mouriès, and Paradou, each with an individual character and charm.

When in Les Alpilles, guests can witness the heritage passed down by previous civilisations by visiting Glanum (just outside St Rémy to the south), founded in the 3rd Century BC, before control passed to the Romans under Julius Cesar.

Further south, the imposing Château of Les Baux de Provence, dating from the Middle Ages, can be seen on top of a steep rocky cliff 245 metres high. Officially classified as one of the most beautiful villages in France, Les Baux can only be visited on foot, and the views over the countryside to the Alpilles and the Camargue are wonderful.

The countryside surrounding Les Baux de Provence is also known for its vineyards (85% of which are cultivated using organic farming), and the wine estates here offer tours and tastings. With around 350,000 olive trees, the area also produces Vallée des Baux-de-Provence AOC (controlled appellation of origin) olive oil, which can be sampled at several olive oil mills here. 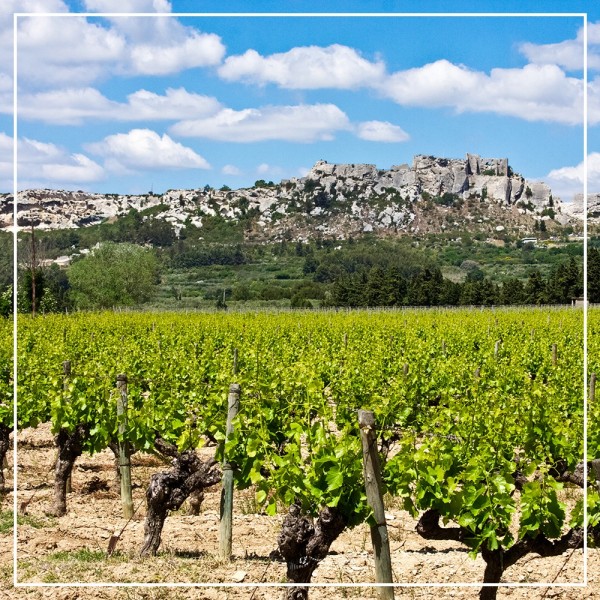 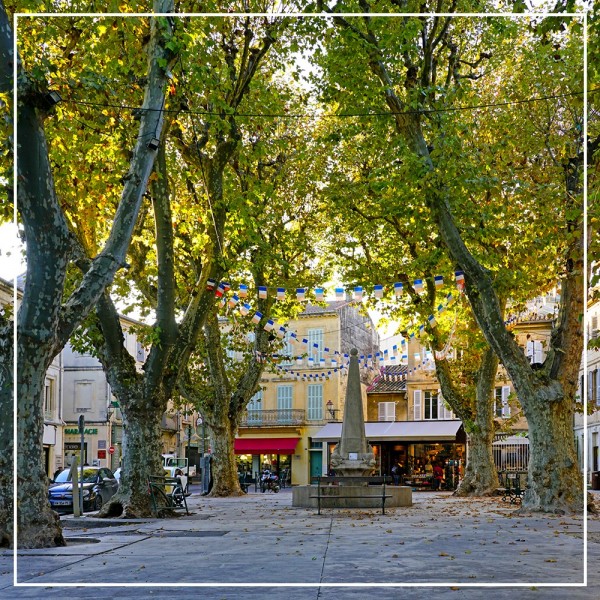 At the heart of the region is the charming town of St Rémy-de-Provence, where visitors will enjoy exploring the ancient, narrow streets, the squares shaded by plane trees, and the restaurants and shops.

From visiting Medieval and Roman remains, to shopping to dining, to tasting wine and olive oil, the Les Alpilles area of Provence offers an idyllic and unique holiday destination.

Situated between the village of Eygalières and town of St-Rémy-de-Provence, this lush estate is a historic Bastide and an adjoining farmhouse.⁠

Set within 30 acres of private parkland, elegant gardens and woodland, the property is perfect for large groups of friends and family and comes complete with a team of guardians, always on hand to assist our guests. 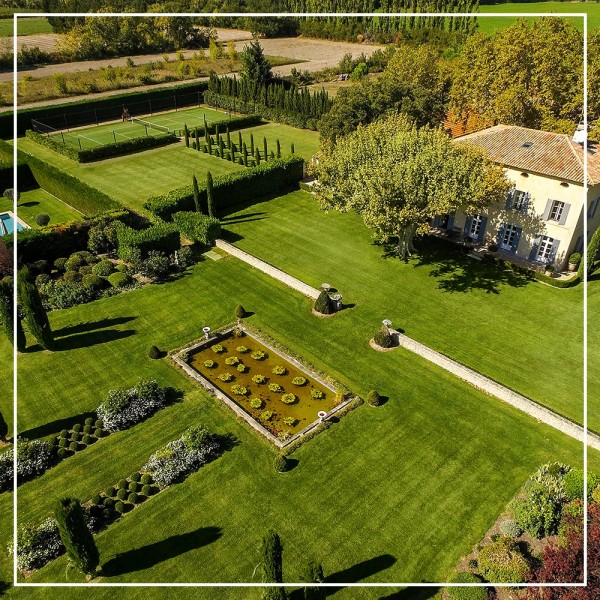 Perfect for a smaller group seeking a tranquil country hideaway, this traditional farmhouse is located within a short drive the picturesque villages of Eyragues, Maillane, and Chateaurenard.

Featuring modern rustic interiors inspired by the Provence nature, the estate is complete with an extensive swimming pool and exquisitely maintained Mediterranean gardens.

Situated at the foot of the Les Alpilles mountain range, this luxury villa is the quintessence of peace and tranquillity. Set within an olive grove of 6 acres, with views stretching as far as Mont Ventoux and the Luberon hills, guests will be just a couple minutes drive away from Eygalières and St Rémy de Provence villages.

Inside, the interiors are a perfect example of the French rustic sophistication, while outside, your very own petanque court and large swimming pool invite you to make the most of the Provence sun. 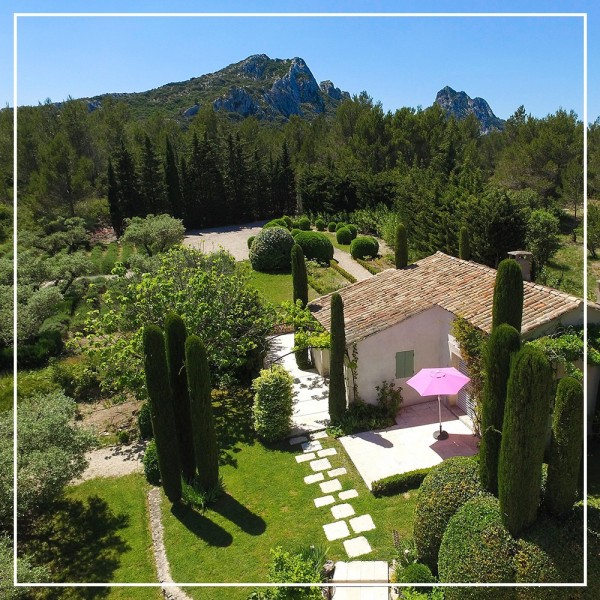 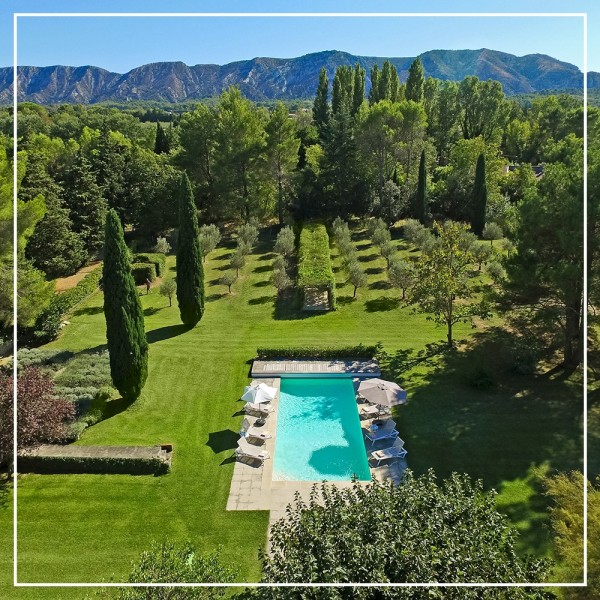 Dating back to the late 18th Century, this historic home has been tastefully refreshed to offer the ultimate comfort and relaxation.

Located in a secluded area, within a short drive to the cultural hub of St Rémy de Provence, the property is ideal for large groups and offers breathtaking views of the the Les Alpilles mountain range, extensive park-grounds featuring olive groves, and a large swimming pool.

Sign up for a bi-monthly catch up in which we share our latest luxury listings and unique travel itineraries here. 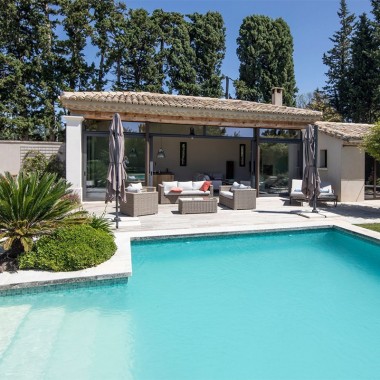 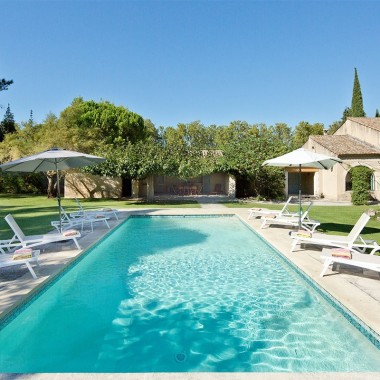 Our Designer Staycation Retreats in the UK